This month we bring you a special episode of the show. If you've listened to many of our shows you will have heard us mention the magazine Video Watchdog in reference to something or some movie. Both  and I have been readers of the 'Perfectionist's Guide to Fantastic Video' for decades now and each issue brings new delights. The depth and breadth of the coverage in the pages of this digest sized joy is incredible. Several years ago we met duo behind the magazine and became great friends  resulting in many fun evenings of movie (and music) discussion that often saw the sun rise before we called things to a halt. Call them publishers, editors, writers, film historians or just great folks Tim and Donna Lucas are two of the nicest people in the world and we're proud to bring you a chance to sit in on a conversation with each of them. First up, Donna takes the opportunity to explain the details of Video Watchdog's move to the digital world. Luckily this does not mean the end of the print version of VW (Thank the stars!) but the bells and whistles added to the online versions of each issue are astonishing. And proving just how nice a lady she is, Donna let's you in on an amazing deal - By using coupon code PODCAST at the Video Watchdog online store checkout you receive 50% off the Digital Archive (176 issues) until December 31, 2016. That's right! For the rest of this year you can grab the VW Digital Archive for half off the (already low) digital price! And did I mention that each new issue is online to read free for the first two months after it's published for FREE! Amazing. So go check out the latest issue inline and see what's going on! The current issue has tons of reviews and a huge article on Carmilla and the various screen adaptations of that classic female vampire tale. 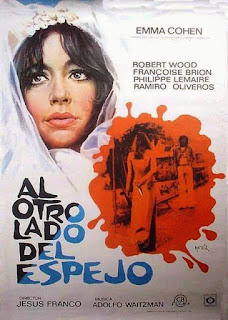 Longtime listeners will know that back in 2011 I got Tim Lucas to sit down for a couple of chats about Naschy's films resulting in some great discussion. I still think his defense of several aspects of BEAST AND THE MAGIC SWORD are eye opening and it is just such differing, knowledgeable opinions that I want when talking about genre film. Of course, Tim is one of the top genre film writers working today and his recent awards for his Mario Bava commentary tracks show that his skills translate from page to audio very well. Here we spend some time discussing several Jess Franco films and a few of their variations. Movies we touch on include THE OBSCENE MIRROR and it's non-porn Spanish language version THE OTHER SIDE OF THE MIRROR, FURY IN THE TROPICS, THE DIABOLICAL DOCTOR Z, THE EROTIC RITES OF FRANKENSTEIN and Franco's two Fu Manchu films. I think that in my excitement I may have babbled too much but just listen in for the pearls of insight and wisdom Tim brings to the table and it will all even out! I hope! 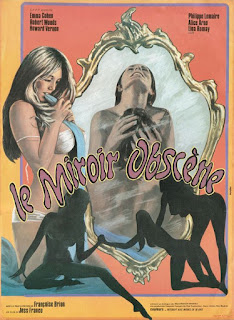 Here are the links to take advantage of the Video Watchdog Digital Archive Sale and look over the newest issue for free!

Link to the Naschy Cast page in VW 175: http://content.yudu.com/A2idht/current/resources/94.htm

Video Watchdog Website: www.videowatchdog.com
Posted by Rod Barnett at 11:14 AM No comments: