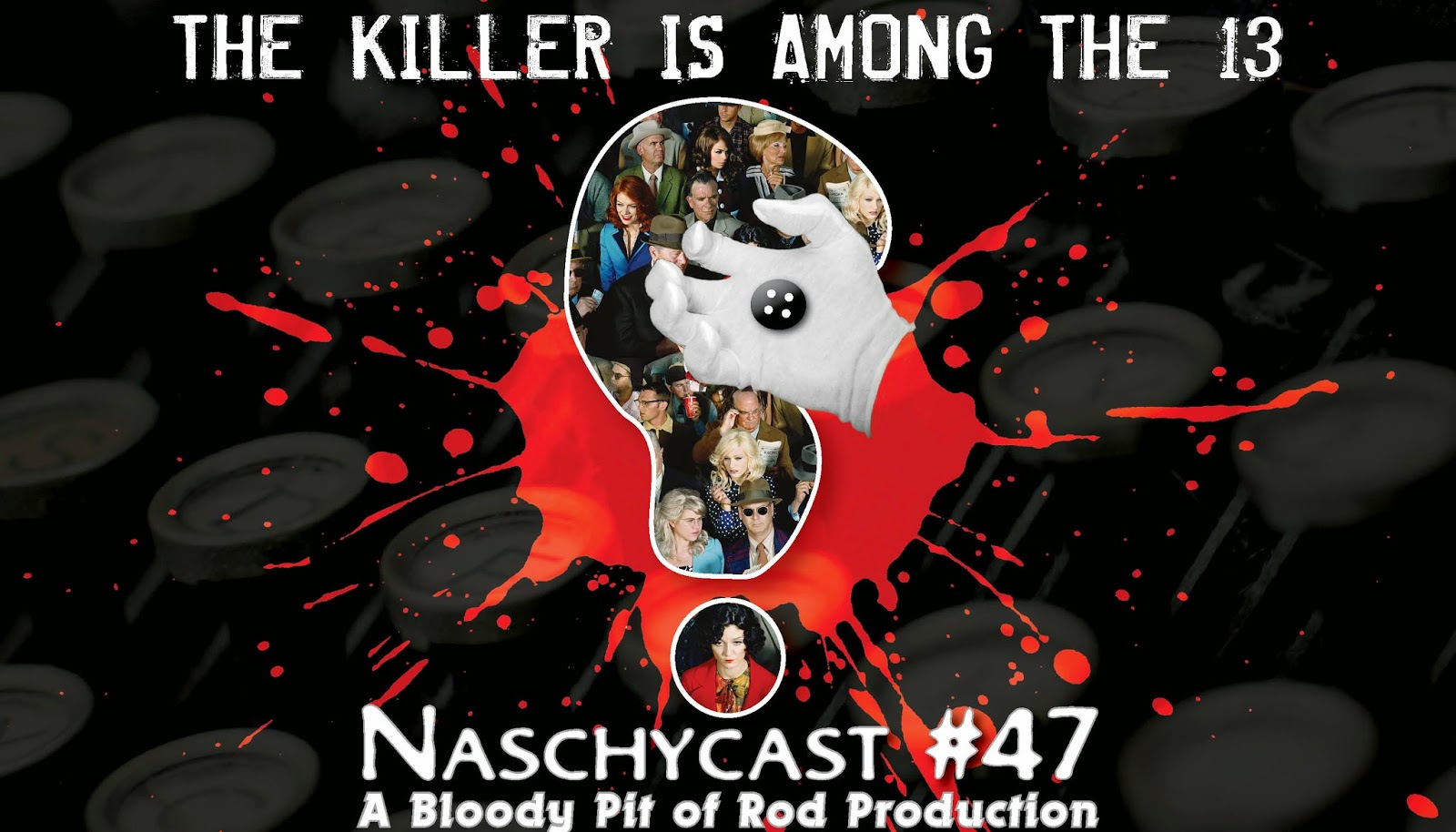 Thirteen suspects trapped in an isolated country house over a long weekend! One of them committed murder! Can you figure out whodunit?

Probably not, but that really is beside the point. This month’s film has a very tiny sprinkling of Naschy but a heaping helping of old style murder mystery a la Agatha Christie and just a soupçon of giallo for flavor.  That’s right- there IS a black-glover killer but don’t expect the typical Euro-Trash blood soaked tale or there will be some sad Pandas out there. The story takes place in the English countryside (don’t let the Spanish speaking cast fool ya!) with all the trappings you would expect from a classic mystery film of the type that used to star William Powell. One can merely wish that Naschy had a larger role in the proceedings but he only interacts with three of the cast which means this is one of the least Naschy NaschyCasts we’ve ever done. Still, there is fun to be had as veteran director Javier Aguirre runs his eclectic group of victims … errr….suspects through their paces. Secrets are revealed, love affairs are uncovered, maids are seduced, jealousies kindled and heads are hatched as we narrow down the character list to discover the identity of the perpetrator. Also, there are many familiar faces onscreen including Patty Shepard, Eduardo Calvo and Dyanik Zurakowska to make the 'Spot the Actor' game interesting.

This month's mailbag was overflowing and we even throw in a bonus bit of praise for the Bloody Pit episode covering NIGHTMARE CITY so things get entertaining as we stumble through the letters we received in July. If you would like to tell us what you think please write us at naschycast@gmail.com or join us over on the Book of Faces NaschyCast page. Thanks for downloading and listening. Oh- and I end the show with a an old Hoodoo Guru's tune inspired by a chance comment during the podcast. Enjoy!