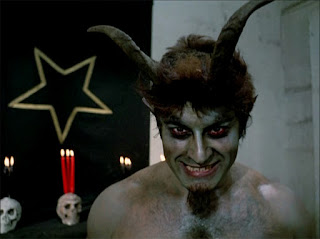 It’s not often we get the opportunity to meet some of the friends we’ve made over the course of making the Naschycast. When we do (and I have enough lead-time) I try to record these fellow fans’ thoughts on our favorite Spanish Horror star. Such is the case with this mini-episode interview with longtime fan of the show and major fan of Paul Naschy – Mike Tutino! Mike has been a generous contributor to the podcast over the years with several letters of comment and observation as we’ve gone along. It was a joy to finally meet him at this summer’s Monster Bash in Pittsburgh and he is more than willing to give us a list of his favorite Naschy movies. There are a few surprises in our discussion with some affection lavished on films that Troy and I have possibly given less attention than we should. Food for further thought……..

Also, we mention the details of the upcoming releases of the new Naschy Blu-Rays coming out this year but – when talking about the exciting release of THE MUMMY’S REVENGE on Blu-Ray we neglected to tell listeners to go to the Ronin Flix website to purchase that disc. That is the only place you’ll be able to buy the film before it starts turning up on secondary sites for outrageous inflated prices. Don’t miss out!

If you have any comments or suggestions or if you want to let us know what your favorite lesser talked about Naschy film might be the email address is naschycast@gmail.com where we’ll be thrilled to hear from you. We’ll be back next month with a new, regular episode covering a really rare Naschy film from 1975. Thanks for listening!