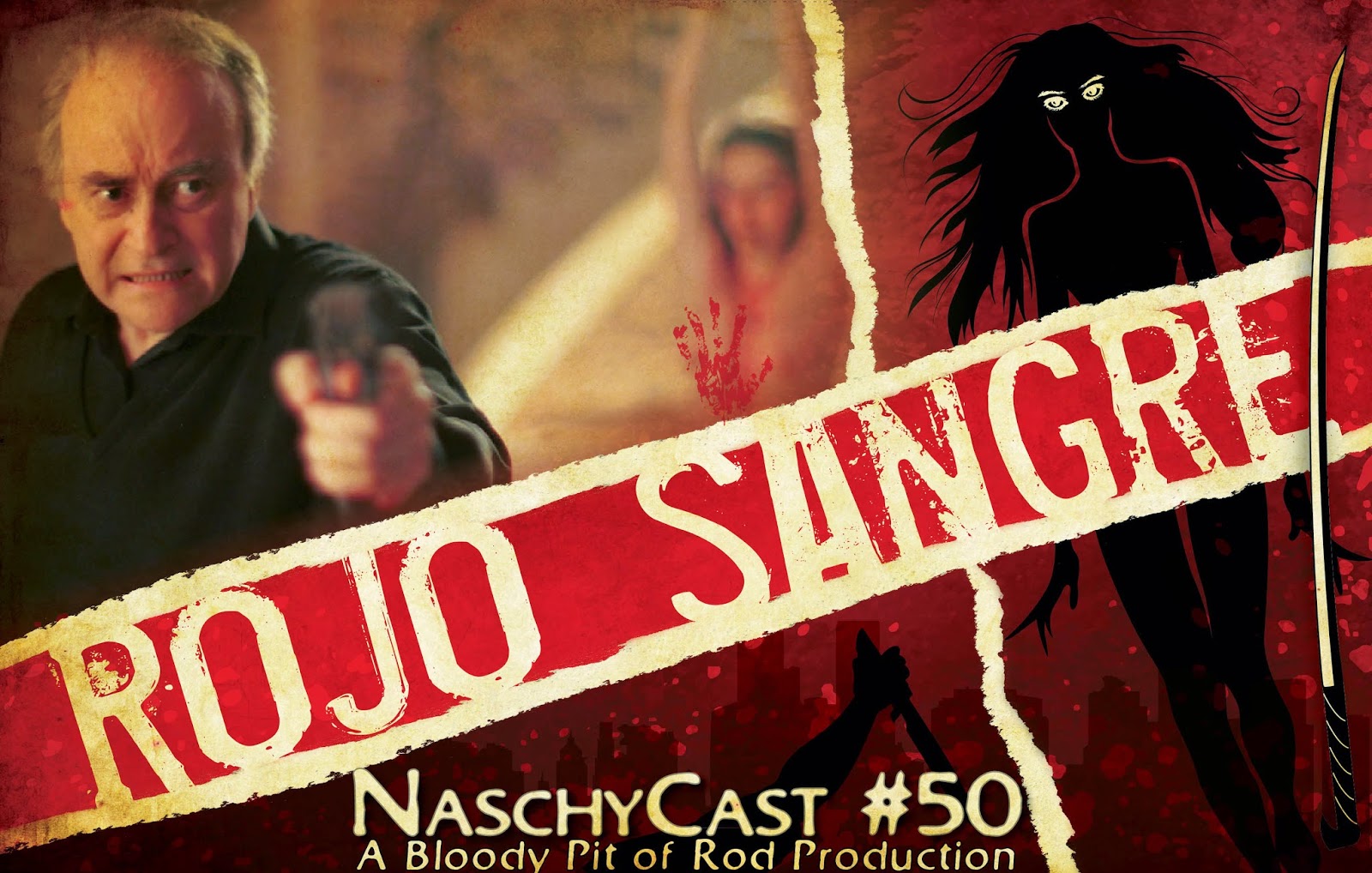 With this episode we reach a true milestone -we have now covered fifty of Paul Naschy's films over the past five years! It hasn't been easy and it hasn't been perfect but we are proud of this accomplishment and we hope everyone sticks around for year six.

When we started this show we knew this film would mark the end of an era as it is the best of the movies Naschy made in the new millennium. It is a well made, slick and sharp horror film that brings all of his genre story obsessions to the 21st century brilliantly. One of the most interesting elements of the film is how closely its details mirror its lead actor's life and career. Naschy stars as the aging out-of-work actor named Pablo Thevenet who endures humiliating casting sessions and the disrespect and insults of young directors and producers. Nearly broke and completely desperate he agrees to accept an offer to be a doorman-entertainer for the upscale Pandora Club run by the bizarre and very wealthy Mr. Reficul. But from the moment he signs his employment contract things start to change for Pablo in ways he had not anticipated.

This is a great film and well worth seeking out even for the casual fan of Naschy's work. Please join us as we work our way through the film (with a number of asides) and try pretty hard to keep from being too pretentious as we examine this entertaining and thought provoking dark comedy/horror film. If you have any comments on the show or Naschy in general drop us a line at naschycast@gmail.com or join us on the Facebook page. Thanks for downloading and listening.