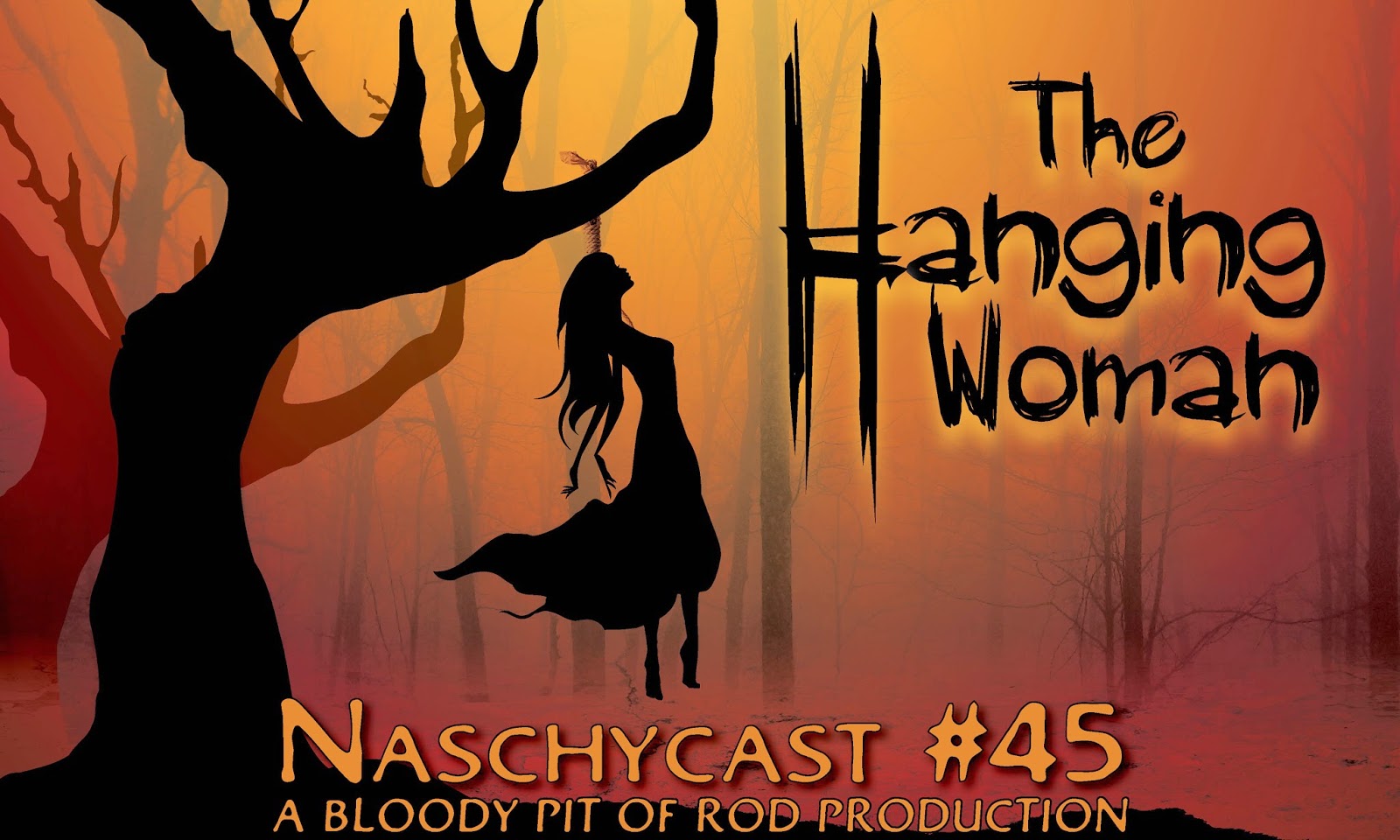 Episode forty-five brings back to the wonders and excitement of a Gothic period tale! The film is so steeped in creepy atmosphere that it begins with a funeral, which leads to a will reading and inevitably to a sleazy seduction - it's all good. The plot will be familiar to genre fans but the story has a few nice twists on the standard tropes. So much fun!

One of the joys of a gothic tale is the chance to see rare locations and The Hanging Woman (a.k.a. Terror of the Living Dead) has a great set of places to delight the eye. Of course, it also has a couple of lovely ladies in Maria Pia Conte and Dyanik Zurakowska. Both of them vie for the attentions of our handsome leading man--- no - not Naschy! He was too busy to play the time consuming central figure. Instead our man Paul Naschy plays the local gravedigger and all around oozer of sleaze by the name of Igor. Strangely, Igor does not work for the film's mad scientist character. Odd, but you gotta love it!

In this film we discover many things- the dark world of Nebulous Electricity: the possibilities of Black Magic as a hobby; an alternate way of reanimating the dead; the fact that its difficult to maintain a monogamous relationship even if your girlfriend is a corpse; and that its good to be the king of any small domain. We were both surprised by this one and that is no mean feat.

You can write us at naschycast@gmail.com and let us know your thoughts on The Hanging Woman or any other Naschy related or non-Naschy related topic. We plan to get back to tackling some other Spanish Horror films in new Beyond Naschy episodes later this summer - we think you'll be surprised! Thanks for listening and be sure to rate and review us in iTunes or where ever you find our show.

Posted by Rod Barnett at 8:55 PM No comments: